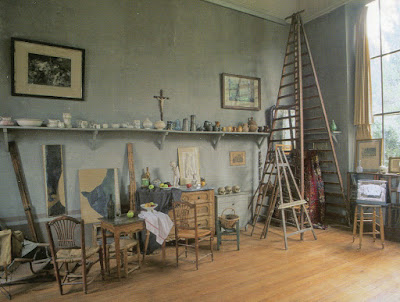 I can't prove it, of course, but I've always suspected that the modern notion of traveling comes, in part, from the pilgrimage, the journey of the devotee to a sacred place, where something extraordinary occurred, where some revelation came into being, where some relic of the divine encounter with the human remains.

At other times, of course, we just want a change of scenery, or want to see something extraordinary, like Niagara Falls or the Bay of Naples.

Places that are themselves significant need not be holy sites.  In Rome I made a point to visit what's left of the mausoleum of Augustus.  He does, of course, have a touch of the numinous--not only the Res Gestae Divi Augusti (which originally adorned the mausoleum), but also "Factum est autem in diebus illis, exiit edictum a Caesare Augusto ut describeretur universus orbis."  But Augustus is still, primarily, a historical figure, and historical sites also figure into the traveler's itinerary.  Here at Gettysburg was the turning point of the Civil War.  Here George Washington took command of the colonial army.  Here Lorenzo the Magnificent was attacked in the Pazzi conspiracy.

And then there is art.  We go to museums, often to see work we know very well.  We do learn from originals the sad limitations of reproductions.  But the original works also carry that sense of physical connection with the artist.  "Leonardo stood before this panel."  It's a point of contact.

The photograph above is from Paul Cézanne's studio in Aix-en-Provence.  It's not a photograph I took; photography is forbidden.  This is from a postcard I bought downstairs.  The studio is at the top of a long hill.  The mistral ("a mistral"?) had unexpectedly blown in the night before, and though it had been sweltering the previous day, we were now freezing in the gusting winds as we huffed and puffed toward our destination.  At the top we waited patiently in the garden after buying tickets.  Groups of five to ten were ushered up, allowed their ten minutes, and then politely asked to let the next group come up.

The photograph above gives a good sense of the studio.  No frills.  A room with a large window and painting paraphenalia.  But it's moving.  Cézanne has been, for me, an acquired taste.  He's often presented in a purely art-historical fashion: a bridge between the impressionists and the cubists.  He is that.  But that kind of description leaves out what he is in himself, a remarkably able painter of color and form, who ennobles his commonly-humble subject matter, whether people or landscapes or still life's.

One of the first things we wanted to do upon arriving at Le Tholonet was to catch a glimpse of Mont-Sainte-Victoire, which Cézanne repeatedly painted toward the end of his life.  As a college student I had had an art professor come back from a trip to Provence absolutely loaded with shots of the mountain, and, as he showed us dull slide after dull slide, he excitedly explained how, no, it doesn't at all look like the slide, but the mountain dominates the countryside, as in the paintings.

Which is why I haven't posted any of my photos of Mont-Sainte-Victoire.

But back to Cézanne.  He's undoubtedly a local hero, and his name is everywhere, on roads, repair shops, cafes.  Such was his original reputation that the oldest art  museum in Aix, housing Ingres' enormous canvass of Jupiter and Thetis (which Cézanne loathed), proudly refused to have anything to do with Cézanne for decades.  Because Cézanne had returned home to Provence, a prophet without honor.  He had gone from his native South to Paris, and found it wanting, and came back with enough of an inheritance not to have to live by selling paintings, and a vision uniquely suited to the harsh, as-yet-ungentrified Mediterranean sun.

So, anyway, we made this particular pilgrimage, and were happier for it.  At the end of this paragraph I've imaged the cover of one of the few books I reviewed before leaving home.  It's not only a good review of  Cézanne's painting in Provence, but provides a context for a late nineteenth century movement away from Paris--that great centralizing vortex of French culture--a movement to assert the unique value of provincial creations far from the great imperial metropolis. 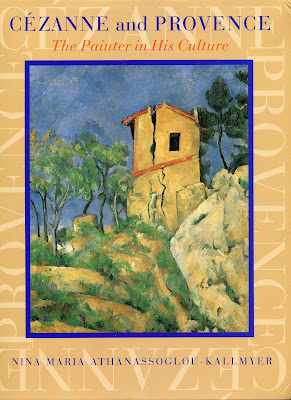 Posted by rick allen at 8:40 PM No comments:

Posted by rick allen at 9:44 AM No comments: