The War between Men and Women 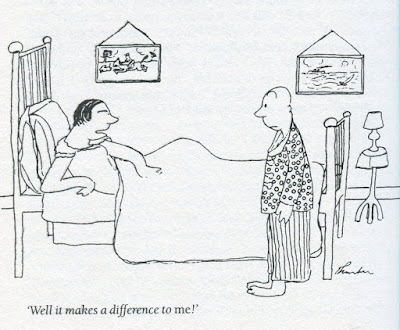 The battle of the sexes has gained an unprecedented prominence in our political and social life.  According to convention we had a sexual revolution a few decades back, and in some respects this last election sealed the revolution's victory, with one candidate representing the Betty Friedan wing, the other the Hugh Heffner wing.

Be that as it may, the sometimes tumultuous relationship between men and women is one which our literature has long noted, and which has become, in the last century, a central concern of our politics.  But I think it not inappropriate to observe initially that the relationship between the sexes, and the attempt to address some of the historic injustices it has entailed, stands in a category of its own.  That's the point that Chesterton makes here, in his inimitable fashion:

Alone among all such institutions [the family]begins with a spontaneous attraction; and may be said strictly and not sentimentally to be founded on love instead of fear.  The attempt to compare it with coercive institutions complicating later history has led to infinite illogicality in later times.  It is as unique as it is universal.  There is nothing in any other social relations in any way parallel to the mutual attraction of the sexes.  By missing this simple point, the modern world has fallen into a hundred follies....A Prussian does not feel from the first that he can only be happy if he spends his days and nights with a Pole.  An Englishman does not think his house empty and cheerless unless it happens to contain an Irishman....All the other revolts against all the other relations are reasonable and even inevitable, because those relations are originally only founded upon force or self interest.  Force can abolish what force can establish; self-interest can terminate a contract when self-interest has dictated the contract.  But the love of man and woman is not an institution that can be abolished, or a contract that can be terminated.  It is something older than all institutions or contracts, and something that is certain to outlast them all.

This kind of observation has not gone unchallenged.  In fact, the whole notion of marital love seems sometimes up for grabs.  It is a commonplace, almost a contemporary dogma, that "marriage for love" is a new phenomenon.  It's a point too broad for arguing here.  At best I can point to what seem to be significant counter-examples.  Shakespeare's comedies.   Chaucer's Knight's Tale.  Giovanni Pontano's Renaissance cycle on married love.  And, quite apart from literary examples, the nagging feeling that surely human nature doesn't so radically change so quickly.  Marital love is a complex emotion, compounded of sexual attraction, affection, friendship, and faithfulness, raised to a higher key (but also attended with new difficulties) by its ordinary consequence, the arrival of children. 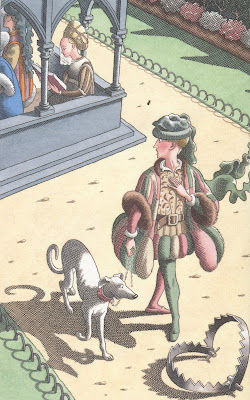 The oft-repeated claim that our ancestors married for "dynastic" reasons, or for economic advantage, isn't so much false as incomplete.  Of course material considerations entered into when and to whom people married.  It often did in the past, and it often does now.  Not everyone married for love then, nor does everyone now.  And of course, ultimately, I don't know if it's possible to say why anyone marries, what motivations predominate, what interests and desires and expectations may be primary, whether in ancient China, or medieval Provence, or contemporary America.  But the witness of literature--even if one can't parse out what factors may have, on average, moved our ancestors--does certainly testify to the reality and strength (if not necessarily to the ubiquity) of marital love.

Not that it's always easy.  The Navajos have a legend that, long ago (I think in a prior world), men and women quarreled so badly that they separated, and lived entirely apart from one another.  The results were not pretty, and one result was the birth of the monsters.  The slaying of those monsters--after the men and women made up--forms, if I recall correctly, the next round of stories, and the plain implication was that, however difficult men and women find life together, that is immeasurably better than life apart. 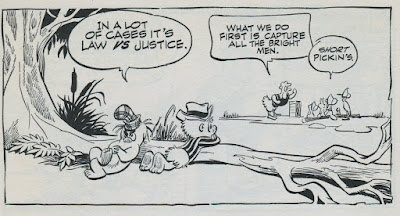 Posted by rick allen at 8:51 PM No comments: