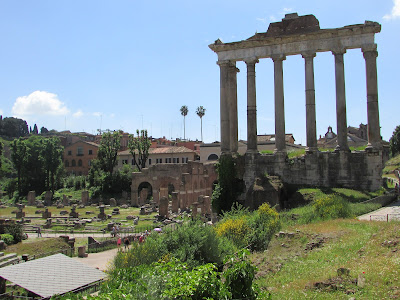 This is of course a shot of the Roman Forum.  It's old, a lot older than I am.  But I'm getting up there, and I offer this especially for those of you who are starting to get senior discounts, as well as those of you lucky enough to eventually qualify for them.

"De senectute," "On Old Age," is one of Cicero's better known dialogues.  As I may have previously mentioned, I majored in philosophy in college, but Cicero was never much on my map.  It's not so much that he was an "amateur" philosopher.  But he was Roman rather than Greek.  He was mainly a statesman, a politician, a lawyer, whose philosophy seemed, to me, a sort of ornament to the real business of governing this or that part of the Roman state.

And yet this essay seems to me in some sense an ideal exemplar of what philosophy should be, an elegant reflection of an issue that goes to the heart of our concerns (if, fo course, we live long enough to worry about old age).  One by one he addresses the common complaints about old age, the loss of physical vigor and the inevitable closeness of death.  In response he reviews the advantages of maturity, the courage born of experience, and the serenity that comes from wisdom.

Here, for example, is a favorite passage:

The fruit of old age is the memory of past goods, that ability to reflect, to have the time and matter to engage in philosophy itself.  It cannot be wrong for the old to die, since that is the way of nature.  Then, in a particularly affecting passage, Cicero compares death in youth to death in old age, contrasting first a vigorous flame extinguished by water to a slowly expiring ember, then the wrenching by hand of an unripe fruit to the release and fall of the mature and fully ripened fruit.  One death is by force, the other a natural release.  And he ends with the image of the traveler glimpsing a far country as a long journey comes to an end.

It's such a beautiful vision it makes us forget Cicero's actual end.  Learning that Octavian had assented to his being put on Mark Antony's prosciption list, Cicero fled for the coast.  He was intercepted, murdered with the sword, and his severed limbs nailed to the very rostrum in the Forum where he made his name for eloquence--reminding us, I suppose, that life too often conspires to confound our expectations.

But not to leave off on too somber note, the photograph below, also from my late travels, is far older than the Forum, and perhaps less tumultuous.  It is a small part of the stone circle at Avebury, dating from roughly 2500 BC.  It may, of course, have as violent a history as the Forum, but that history has long been lost, and we are left, happily, with a serene and pastoral image of human endeavor--the laying out of a great circle--across the gulf of time. 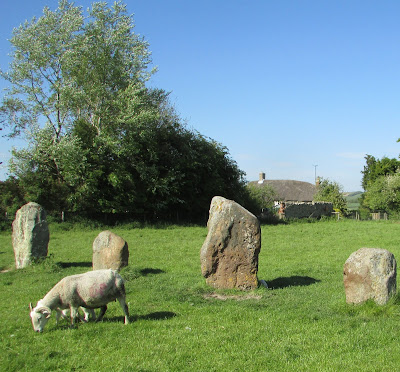 Posted by rick allen at 4:07 PM No comments: 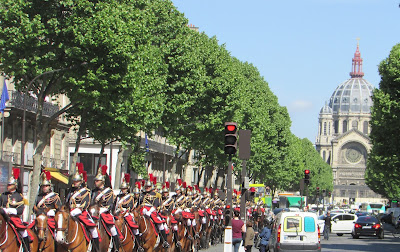 There's something about Paris that makes me a little uneasy in trying to talk about it.  This was my third trip to Paris, and like the first two, it was very brief and focused on visiting the standard tourist venues.  I don't make any excuse for that, the standard tourist venues being quite magnificent.  But there is an overall grandeur to the place that makes it both daunting and irresistible, and also arouses a certain envy out of not having been born a Parisian.

It's that last impression that's hard to justify.  How can you know anything about a place from having seen only its most prominent monuments?  I can perhaps lay claim to a little something more through some superficial acquaintance with its literature--Stendahl, Balzac, Hugo, Proust.  Over the years I've been through histories and essays and studies (Anthony Beevor's Paris after the Liberation stands out as a recently-completed account of a particularly tumultuous time in recent history; John Russell's Paris is a well-written, well-illustrated large format book I'd also highly recomment).

That arguably promotes me to a bookish tourist, with a fair capacity to read French and rather laughable speaking skills.  Nevertheless, the place has an allure that's hard to describe.  When I first visited, as a college student, my first impression that that this was what I expected Rome to be like.  And when I got to Rome I immediately felt the difference.  Paris is an old city, but what one sees, at least in a quick trip, is the great nineteenth century capital, or at least the grand nineteenth century embellishments which overlay the older city.

We stayed in a hotel on the Rue de Tronchet, just north of the Eglise de la Madeleine, a kind of replica of the Parthenon.  It was originally to be dedicated by Napoleon to la gloire of the Grande Armee, but after the his fall it was returned to the Church (where an earlier church dedicated to Mary Magdalene had once stood).  Like many churches, pillars and monuments it occupies a place with long sight lines (like Saint-Augustin above), to display it to full advantage.

On my first two trips I spoke not a work of French, a distinct disadvantage.  Not that you can't get by in English; practically everyone who deals professionally with tourists will speak flawless English.  This third time my earnest, halting French was practically everywhere met with some level of English superior to my French, with no apparent Brownie points for my sincere efforts.  It's a big, busy city, so it's brusque and impatient, at least on the street.

Which is not to say that I every really encountered the proverbial rudeness of the French.  Honestly, I've never been treated with any degree of bad manners anywhere in France, and I wonder if the common tales of Gallic affront may have their origin in a commonly-seen oversees American sense of entitlement that quite naturally evokes a less-than-friendly response.  I've always been treated well (In fact, on my first trip, I was taken for a beggar and given a franc in the Louvre, which says more for them than it does for me.  I gave it back, with what was then my only French word, merci.

The book review in this morning's New York Times notes an anthology of pieces by Joseph Roth, The Hotel Years.  I recently purchased what is probably Roth's best-known novel, Radetzkymarsch and hope to start it sometime this year.  Born in Slovenia, educated in Vienna, Roth first came to Paris in 1925.  A great lover of the ethnic, religious, and linguistic stew of the vanished Hapsburg empire, Roth ended up, after stints in Russian and Albania, back in Paris, a refugee from the coming Nazi horrors.  He described Paris as "free, intellectual in the best sense, and ironic in the most majestic pathos."  No paradise, of course.  Roth drank himself to death, probably intentionally, in 1939.  But his words describe the Paris that's not available to the casual tourist, and possibly not available to to the non-Parisian in any case--but which, nevertheless, adds to the city's beautiful and terrible allure. 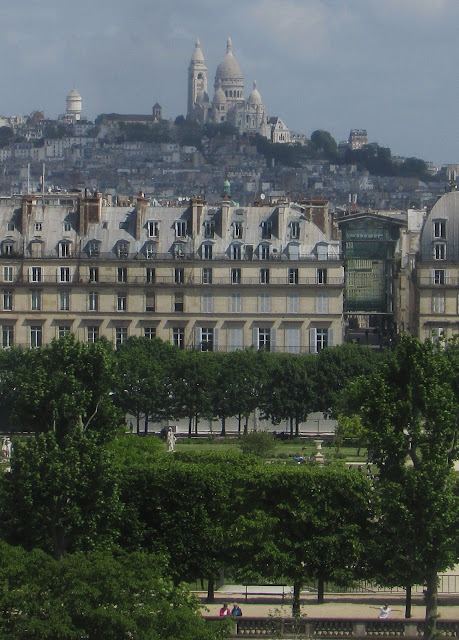 Posted by rick allen at 3:44 PM No comments: