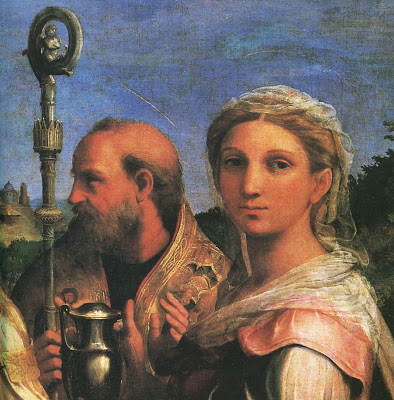 
Thus St. Jerome, writing a few years later, about the news of the siege of Rome by the Goths, of its fall in 410  through hunger and the sword, and of the few survivors taken in the city that had once taken the world.


It is probably impossible to sufficiently realize how profoundly this sack of Rome demoralized those who heard the news.  Granted, Constantine had, almost a century before, moved the Empire's capital from Rome to Byzantium, surely, in part, because it was a more defensible location. Nevertheless, in the year 1163 ab urbe condita, it had been some seven centuries since Rome had been sacked by a foreign enemy.


Now I recognize that almost any particular time, from its own vantage point, seems extraordinarily fraught with danger and anxiety.  Our particular current problems with senseless mass murder, frequent ordinary murder (private and official), deadly retaliation,  endless unresolvable wars and coups--all in the context of a growing disfunction of those institutions meant to translate the people's will into policy (i.e., democracy)--undoubtedly are feeding a kind of unease.  And perhaps for that reason I have myself been returning to St. Augustine's de civitate Dei--The City of God.


I have a lengthy history with it. While in high school a friend worked in a small local bookstore where  a single copy of the old Modern Library edition seemed always on the shelf, perennially unbought, and seemingly there only so that we might occasionally marvel at its length and apparent impenetrability.


I was actually introduced to Augustine in college, in a course on Medieval Philosophy.  In such a survey course there was no time to read anything but short extracts, with those focusing on more strictly philosophical topics like the nature of time, the concept of evil as privatio boni, and the tripartite faculties of the soul.   My third year in law school I thought I'd like to audit some course at the nearby divinity school, but my first choice, a survey of Augustine, conflicted with my required classes.  Nevertheless, my second choice, a survey of John Calvin, necessarily included an emphasis on how central certain aspects of Augustine's thought were to the Protestant Reformation, and I did manage at that time to read the Confessions for the first time.

So, I never actually read the City of God till the early eighties, in a volume of the Nicene and Post-Nicene Fathers series.  I was newly married, a Catholic catechumen,  and just starting to practice law at a large firm.  Another new lawyer,  starting a second career after some years as a clergyman,  discovered I had started it and advised against continuing  He didn't see much point to it.  But I persevered, and what I found in it was a kind of serial historical review, first of Roman history, then of biblical history.  Roman history I basically knew nothing about until a third year course in Roman Law, where at least some rudiments of republican and imperial history were needed (and I should note that it was about the same time that "I, Claudius" was first broadcast on PBS, followed closely every week on the dorm TV).  The Roman review was the more narrowly focused section, answering the charge that Christianity was responsible for the catastrophe, but by means of a rather sporatic survey of Roman politics, conquest, religion, and philosophy.

The second section was a sort of chronological biblical review, from creation to apocalypse, material I was quite familiar with, shot through with much speculation (some of it verging on the bizarre), considerable allegorical reading of the scripture (plainly not the historical-critical approach I was most used to), and all under the general schemata of "The Two Cities," the City of God and the City of Man, conceptually distinct, but inextricably intermingled.

I didn't much come back to it, and eventually gave it away.  Around the turn of the millenium Cambridge University Press published a new translation, which I acquired, but by that time I thought of City of God as kind of a miscellany, great fun to open randomly, but I never gave it the serious perusal I had originally intended, and in some ways I thought that that was right, that perhaps Augustine's august reputation too much hid his tentative side, the sense that he was engaged in meditation rather than pontification.

I sense that this is getting to be too much, but it's really the first time I've thought about this odd read/dispose/return cycle.  Eventually I got rid of the Dyson translation, but a decade later thought that perhaps I should try to tackle the thing in Latin--enter a used, slightly battered set published as part of the  Biblioteca scriptorum Graecorum et Romanorum Teubneriana  series.  I read through the first three books in my usual halting, hit-and-miss fashion, and then naturally the Folio Society published a very handsome two-volume edition, using the 19th century Marcus Dods translation--the one used, of course, in that old Modern Library edition of my high school days, and I thought, well, I suppose it's meant to be, and I will do my best to stay with the Latin but check with the English.

So what does any of this have to do with the City of God or contemporary anxiety?  Just the sense that there's something there, something not necessarily unsuspected all along, but articulated in a certain time and place that gives it a kind of weight, a re-assurance that, however often it is felt that the world is going to hell in a handbasket, it never seems to go.  The model of the two cities supports a double acceptance of both hope and realism.  The universality of primal sin doesn't so much explain anything as set bounds for expectation, without enabling or providing a foundation for despair.

It is often remarked that Augustine's conception of the secular city as organized banditry, distinguished from ordinary crime only by size and the degree to which some measure of justice is realized, is fundamentally anti-utopian, radically skeptical about the extent to which any existing government can aspire to Christian values.  It reminds me of the question of Thomas More's irony in proposing his Utopia, especially in light of the fact that, as a young man, More was invited, and did in fact give a series of lectures at St. Lawrence Jewry on Augustine's City of God. 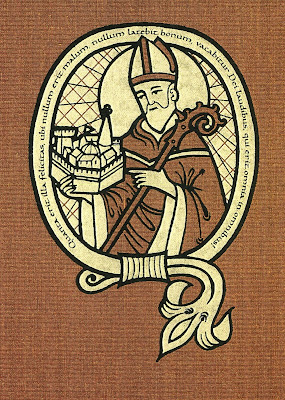 Posted by rick allen at 5:48 AM No comments: