It's not exactly a classic. Nevertheless, you ought to read it. 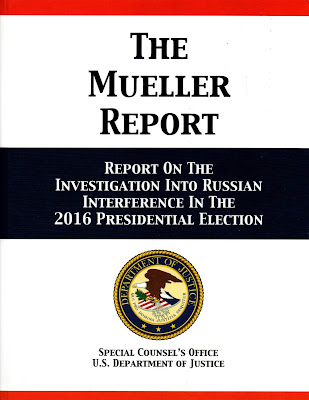 In Whit Stillman's Metropolitan two of his characters, Audrey and Tom, resume an earlier discussion about Jane Austen:

"I read that Lionel Trilling essay you mentioned.  You really like Trilling?"

"I think he's very strange.  He says that nobody could like the heroine of Mansfield Park?  I like her.  Then he goes on and on about how we modern people of today with our modern attitudes bitterly resent Mansfield Park because its heroine is virtuous?  What's wrong with a novel having a virtuous heroine?"

"His point is that the novel's premise--that there's something immoral about a group of young people putting on a play--is simply absurd."

"She sounds pretty unbearable, but I haven't read the book."

"You don't have to have read a book to have an opinion on it.  I haven't read the Bible, either."

"What Jane Austen novels have you read?"

"None.  I don't read novels.  I prefer good literary criticism.  That way you get both the novelist's ideas as well as the critics' thinking."

It's hard to remember how, a couple of years ago, the political world was on the edge of its seat waiting for the release of Mr. Mueller's report.  When finished, it went first to Attorney General Barr.  After a few days with it he released his four-page "summary."  The President then spent the next few weeks proclaiming his two-word summary:  "Total exoneration!"

Finally the report, in a heavily redacted form, was released.  And then a curious thing happened:  no one read it.  OK, that's not literally true.  A few people read it.  A vanishingly small percentage of the American electorate.  And it put me in mind of Tom, for whom reading good literary criticism was sufficient to excuse him from reading novels.

Those of us who did read it found it slow-going, hundreds of pages that might have been written by Sgt. Joe Friday.  Facts, dates, places, supported by footnotes referring to documents and sworn testimony, followed by extensively-cited  legal and policy analysis, compiled by a dour, twice-decorated Marine combat veteran and lifelong Republican.

The fact that Mr. Barr and his boss are now hinting at prosecuting those whose first inquires led to the "Russia hoax" suggests that perhaps they are confident that the report's account of the shameful conduct  of the last presidential election can now be not only denied, but discredited.

But  The Mueller Report is still out there.  Yes it's still heavily redacted (just this week, after a federal Court of Appeals ordered the DOJ to finally provide the deleted material to Congress, the Supreme Court stayed the order).  But even without the redacted material it's a powerful and damning document--if anyone bothers to read it.

So I won't summarize it.  There's been enough summarizing.  There's no need for you to rely on good criticism.  As we enter the next presidential  electoral season, you ought to read it yourself.

"What's wrong with a novel having a virtuous heroine?"
Posted by rick allen at 8:56 AM